My interview with Mala

Had the great honour of meeting my dear kalyan mitras in Sydney early 2019 and Mala interviewed me about my journey with Kosmic Fusion and beloved Sree Maa Shri Ji.

You can also see this interview on youtube: https://www.youtube.com/watch?v=dXCf67E-i-0

In this edition, Mala candidly interviews Ekta to sum up 7 years at Kosmic Fusion. Ekta is one of the very few Faculties that have grown immensely on Personal, Emotional, Mental and Spiritual levels.
Ekta has an inspiring story, in 2012 she was a single mother living in alien country, surviving on government dole; she came to know about Kosmic Fusion through common friends and was awestruck with the brochure, which in her words “was talking to her” literally.

The next 18 months changed Ekta’s life for good, she returned back to Netherlands to a job she loves, close to her parents & family  and lovely daughter who looks at mum for inspiration.

Coming from an Atheist background, it was challenging for Ekta to understand and accept spirituality however with Sree Maa as a friend, Philosopher and Guide; nothing was impossible.

In this interview, Ekta talks about her journey since knowing Sree Maa Shri Ji and shares her experiences through past 7 years, how she came to know about Kosmic Fusion, interactions with Sree Maa, teachings and most importantly lessons learnt at one of the most revolutionary programme the “Facilitators in Training”.

How long have you known Sree Maa Shri Ji?
I know them since February 2012 when I did Awakenin & Transformation workshop. At that time I had a small child and Sree Maa was very free and allowed the child into the workshop as well.
Sometimes it is very hard to put into words, but I was touched so profoundly but I had no words for it. Sree Maa came back couple of months later and we were able to join one of the Kosmic Fusion stand at the Mind, Body Spirit Festivals in Sydney.

We could tune in with anyone, any time, any place, 24/7. Most benevolent signature of the Source Void. It is shared by Sree Maa Shri Ji, lovingly and unconditionally.

When I put my hands on somebody’s shoulder, I could see this instant healing, expansion, feeling inner bliss and then when the testimonials that came back from the people who were so touched with Quantum Vortex Scalar-Wave Photo Pulse.

How has Sree Maa Shri Ji brought difference to your life?
I will try to keep it brief. Since knowing Sree Maa Shri Ji, they have taken me under their wings and worked with me very patiently, lovingly and compassionately. They always supported me with the right guidance. So I could become more open and in tune with the Atma (the Soul).
I was such a drama queen; till Sree Maa Shri Ji walked into my life. Because of Sree Maas grace, patience and nurturing and become more in-tune with yourself.

I can now embrace anything with love and grace. I still remember this Soul Mapping session with Sree Maa, I was told to embrace everything that comes my way, those sentences always struck by me. With all the workshops that followed, the Facilitators in Training programme, it became easier to actually live with that wave.

“The golden phrase we were told since day 1 was to step back and let Quantum Vortex Scalar-Wave Photon Pulse step in, be the Non-Doer. It has been quite a journey to embody that, I can’t say that straight from the start. I had the doer step in through Facilitators in Training programme. More teachings and insights were shared about Quantum Vortex Scalar-Wave Photon Pulse.”
It was actually easier and effortlessly came from a non-doer state not so much effort to come together.

Are Sree Maa’s teachings consistent with Ancient Eastern philosophy or change over period of time.
I could say it was always consistent. Being from atheist background, I always had these questions, What is love, Why am I here. I had sense of God or something that is greater.
There was nothing I could refer to, I dabbled into the new age groups and modalities but that wasn’t giving me the answers. So it just didn’t sit.

Then Sree Maa Shri Ji started speaking and explaining Sanatan Dharma. I felt so light and refreshing. I just knew this is it for me. Sree Maa just knows how to explain the most complex teachings to break it down to someone like me with zero background.

Do you think people will have resistance to such direct and open way of talking?
I can imagine there will be people. I was living in Sydney in 2012 and then I moved back to Netherlands in early 2014. When we were volunteering, Sree Maa Shri Ji had given this beautiful platform.

Everyone was so touched by the experiences. Part and parcel of it is, how to be the non-Doer. Sree Maa Shri Ji was very frank with giving such feedback. I have to say that my ego was little bit at that time.

I knew this is best for me, this is for the benefit of my Soul. I have to say that “Sree Maa has always always always nurtured my Soul”. Even when I was letting it down. I feel very grateful.
Yes there might be people, who might not be able to stand beyond that but that’s they are losing out.

Did you ever feel that Sree Maa indoctrinated or imposed any belief system on you?
Quite the opposite Mala. Sree Maa Shri Ji’s teachings are universal. I felt so free learning about Sanatan Dharm, which is not a religion – it is the eternal truth and righteous way of living., spiritual democracy and such a breath of fresh air.
I have seen man made religions, very dogmatic and written in a book but this (Sanatan Dharma) covers about the journey to the Soul and the Super Soul, God or Bhagwan or however you refer to the absolute. It cannot be captured in a book, it is not something dogmatic. It is the most natural thing, the Bhagwan when you say.
Living such life is a second nature. Just the way Sree Maa Shri Ji have taught that and brought us into the nature and to my life, I feel so grateful.

When I read my letter in front of Sree Maa Shri Ji, I had to cry. There was something like a connection in there, so deeply. I still have a lot to learn about my self.  The Facilitators in Training programme was also about the Awakenin, Transformation and Transcendence process i.e. moving from your small “self” to your True “Self”, the Brahmaroop.

Then there was shades of small self, getting in the way.  I have learnt it really helps to look honestly at your self. All the shades come up and how to move forward. I was not always honest with my self but thank to Sree Maa Shri Ji and their guidance, sense of humour and guidance, that I have been able to grow and move forward.

A lot had changed through that FiT programme.   For a while I have to say I lived in a little bit of a daze, sleepy that I had my own belief systems about love, light etc. Sree Maa Shri Ji woke me up to the truth and remove these blinkers. That is truly what sets you free, that is liberating and it’s not in judging others but it’s in discerning.
I have become very honest. I know my soul is nurtured so deeply. Everything that I have learnt from Sree Maa Shri Ji, putting it into practice more. I’m so grateful that I’m still under Sree Maa Shri Ji’s wings, they are still holding my hand.

What motivates you to take Sree Maa as your Guru, Guide and Teacher?
Sree Maa has always embraced me with so much of love, so much understanding, so much compassion. Whatever I need each moment, Sree Maa & Shri Ji have always given it unconditionally, boundlessly, lovingly.
“I have seen in the Facilitators in Training Programme, Sree Maa Shri Ji have gone above and beyond humanly possible, to give all of us in the FiT programme, to support us in our journey of Awakenin, Transformation and Transcendence.”
What are the chances that you meet someone like that? They are my supreme lifeline…. Everything!


Please also watch the interviews with my other dear kalyan mitras: 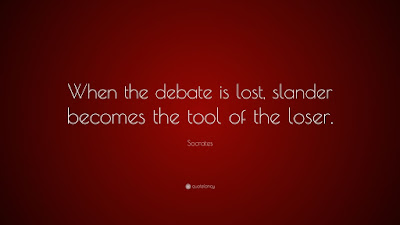